Closure of 30,000 factories in China has been quite challenging for us

You are here: Home1 / Closure of 30,000 factories in China has been quite challenging for us 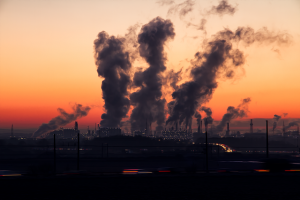 Closure of 30,000 factories in China has been quite challenging for us

We saw it all begin in November 2016, when the Chinese authorities took the fight against the massive pollution. Their approach was quite noticeable, when they started closing down a large number of factories. Up against 30,000 factories has been affected.

The strategy behind the closure of the many factories has been to carry out extensive more or less random sampling.

When a company is closed down by the authorities, all production is stopped with immediate effect. After that, it has been the task of the individual company to prove that a number of statutory environmental requirements have been fulfilled. If the company can get their documentation approved, production may start again.

Air pollution can not be ignored

The population can and will no longer ignore smog formation in the city areas. Therefore, the environment is a debated subject in the public and the authorities take action on the problem. 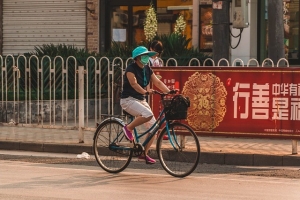 The population can and will no longer ignore smog formation in the city areas. Therefore, the environment is a debated subject in the public and the authorities take action on the problem.

Delays and losses due to 30,000 factory closures

With such a large number of manufacturing companies that have been put out of operation by the Chinese authorities, we have not been able to avoid it and we have been effected by it.

Cp Sourcing’s expertise lies in assisting our customers in the product development phase and to source the right manufacturer for customer projects. We therefore cooperate with a large number of subcontractors, each having their specialty. Even though we only enter into partnerships with companies, who meets our high quality standards, several of our subcontractors have unfortunately also been affected by the closures.

Our experience of closures has been that some companies have been closed by the authorities despite the fact that they could be approved according to Danish environmental standards. While other factories, which should have been closed down, were allowed to continue.

Despite the fact that our partners have been able to provide the required documentation, the closures have nevertheless meant delays to a greater or lesser degree. This has meant that we have used a lot of additional resources to find alternative suppliers and / or speed up production once the factory was reopened. We have done this so that our customers were affected as little as possible by the situation in China.

We will give some examples of what this has meant for Cp Sourcing:

We support the fight against pollution and look forward to 2018

We are only now at the same level as before the major efforts of the authorities came into force.

However, it is important for us to mention that, although the recent year’s challenges with factory closures have caused us to sweat, we see it as a positive step that the Chinese authorities are actively involved in combating pollution and investing massively in alternative and sustainable energy sources.